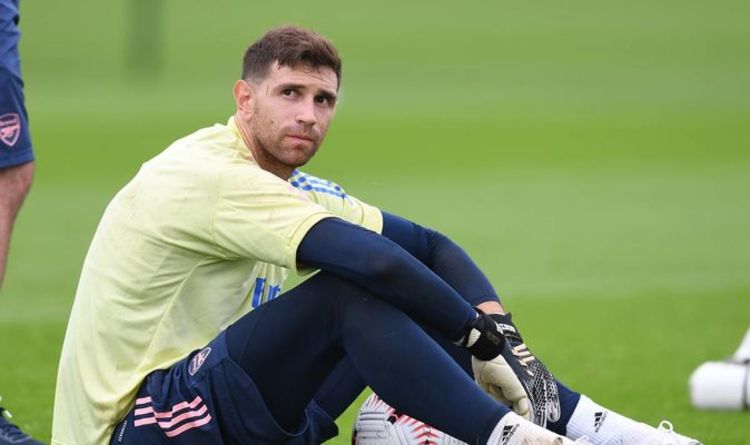 Arsenal look set to lose Emiliano Martinez after Mikel Arteta could not promise him a starting XI spot but the Gunners already have a target in mind.

Brentford goalkeeper David Raya has been identified as the ideal man to replace Martinez.

The Spaniard looks set to cost £10m after pushing for a move to the north London club.

Gunners’ boss could not guarantee a spot in the starting XI for Martinez, which saw him push for a move away from the Emirates.

Aston Villa have made a move for the keeper, submitting a £20m bid for him.

Arsenal have now accepted the offer and Martinez has been scheduled for a medical at the Birmingham-based side.

But Arteta is not hanging around to sign a replacement and has already lined up a move for Raya.

The Sun report the Gunners have upped their bid to £10m for the 24-year-old, who wants the chance to play in the Premier League.

Igbo Presidency Is Not Negotiable In 2023 – Senator Abaribe (Sense...