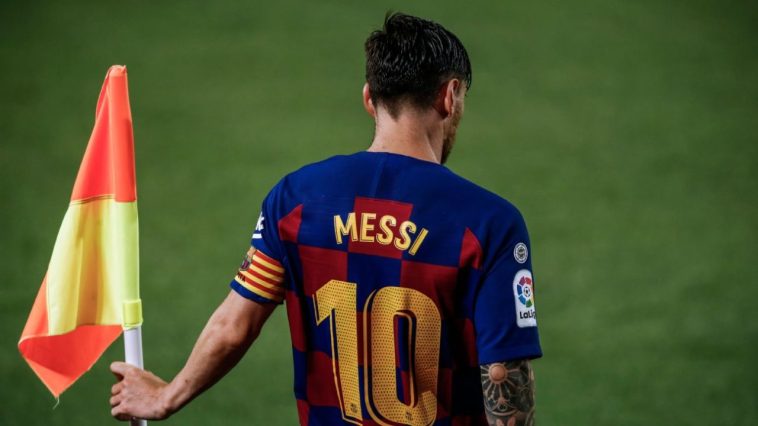 Lionel Messi has been urged to think again as regards his transfer plans by former Barcelona vice-president Jordi Mestre, who has insisted that “the best player in history does not leave with a burofax”.

The Argentine chose to inform Barca of his intention to leave via burofax, a court-recognised service provided by the Spanish post which allows the sending of secure documents.

Messi has since failed to show up for first-team training and pre-season medical checks, with Goal reporting that he considers his current contract, which is due to expire in 2021, to already be finished.

A potential reunion with ex-Barca boss Pep Guardiola at Manchester City has been mooted for the Argentina international.

The six-time Ballon d’Or winner is seeking to activate the release clause in his contract which allows him to depart as a free agent at the end of any season, but Mestre has questioned the way a talismanic performer has gone about pushing for an exit.

The ex-Barca chief is still optimistic that an amicable agreement can be reached between player and club, as he told Cadena SER: “What I can say is that I hope they reconsider, sit down and find solutions.

“When lawyers and burofax come into it, it becomes too complicated. The exit would have to be very dignified and one Leo deserves. The best player in history does not leave with a burofax.”

Mestre went on to express his belief that Messi’s existing deal remains valid due to the fact his release clause technically expired in June, which La Liga affirmed over the weekend.

“I am very surprised that there is a clause of this type. It sounds strange to me. The contract was from 2016 to 2021, his last year and by not saying anything before June 10 it is extended,” he said.

“Contractually, the decision is Barca’s. The club and La Liga say so. Messi had to say before June 10 if he did not want to exercise it. “

Mestre did, however, concede that hall of famers such as Messi deserve the opportunity to decide for themselves when their time at the club is up, as he added: “There are club legends such as Xavi, Iniesta or Puyol and for all that they have contributed they have the right to decide when they leave the club or the end of their contract is reached.”

Masari: 99% Of Bandits Terrorizing Katsina Are From Zamfara

Trump Moves To Reduce US Troops In Afghanistan, Iraq