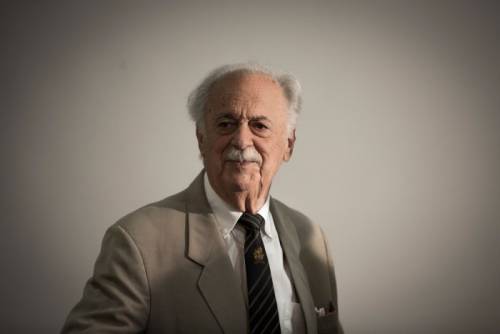 Cyril Ramaphosa, President of South Africa, announced his death on Wednesday, saying, “I have just received news that legal eagle of our country George Bizos has passed away. This is very sad for our country.”

Bizos, one of the country’s most respected lawyers, represented Mandela during the Rivonia Trial, which saw Mandela and seven others sentenced to life imprisonment in 1964 on charges of seeking to overthrow the racist apartheid government.

His defence saved Mandela from the death penalty.

Bizos represented Mandela throughout his 27-year jail term and stood as counsel for his then-wife, Winnie Madikizela-Mandela.

He famously also defended the family of Black Consciousness Movement leader, Steve Biko, who died in 1977 in police detention, and communist leader, Chris Hani, who was assassinated in 1993.

The anti-apartheid icon arrived in South Africa when he was 13 years old as a war refugee from Greece.

He dedicated his career to human rights causes and played a huge role in drawing the country’s constitution and the Truth and Reconciliation Commission, which investigated apartheid-era political crimes.

Masari: 99% Of Bandits Terrorizing Katsina Are From Zamfara