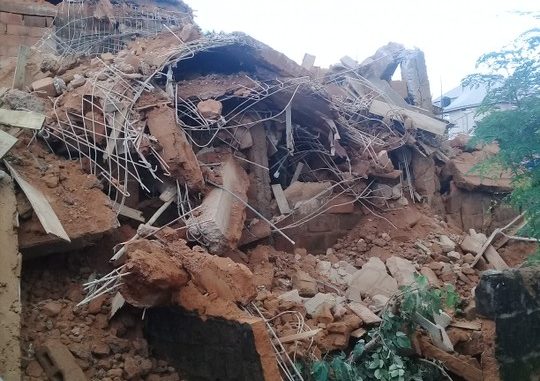 Located along the Yar’ Adua Drive in Owerri, the state capital, the building was said to have been under construction at the time of the incident on Thursday.

Rescue operations are currently ongoing and so far, our source has gathered that about 25 persons were trapped.

Fifteen persons have, however, been rescued from the rubble while one person has unfortunately been reported dead.

First Bank Say They Were Unaware Of Otedola’s Share Acquisitions –...

Bandits Are Common Criminals Who Believe In One Nigeria: Lai Mohammed