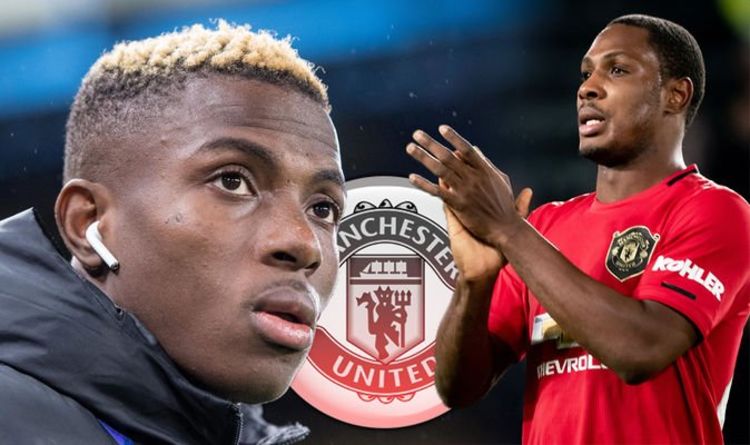 Andrew, Victor Osimhen’s older brother, has revealed why the Napoli striker had a transfer offer from Manchester United turned down, saying it was due to his respect for Odion Ighalo.

Osimhen was in the form of his life for Lille scooping a major award and voted as Lille’s best player of the 2019/20 Ligue 1 season.

These achievements led to many transfer offers for the 21-year-old.

Offer from the likes of the Red Devils, Tottenham Hotspur, Arsenal and Chelsea before Napoli finally landed his signature.

Speaking with Complete Sports in a recent interview, Andrew revealed that his younger brother declined joining Ole Gunnar Solskjaer’s side because of his respect for Ighalo.

“It is very true that Manchester United wanted Victor but he told me something like he had too much respect for Odion Ighalo to be competing for shirts with his senior colleague,” Andrew Osimhen told Complete Sports.

“My brother holds Ighalo in high esteem and he just didn’t see himself going to Old Trafford to battle for a striking role with the highest goal-scorer at the 2019 AFCON in Egypt.”

How Akpabio Strangely Liquidated N4.72Billion Via Skye Bank In 21 Transactions...