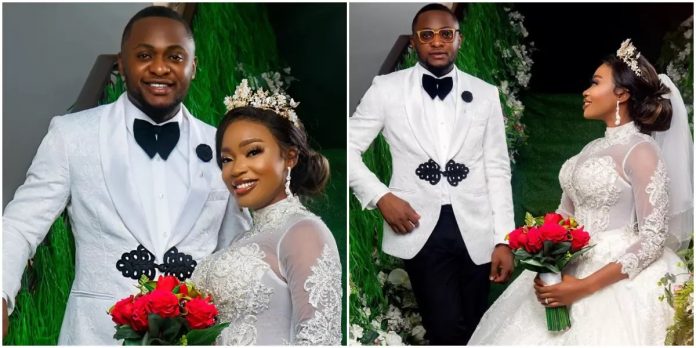 Music executive and talent manager Ubi Franklin has sparked another marriage rumours as he has been seen taking pictures as a newly wedded husband with a mystery lady.

Ubi is a divorcee as he was previously married in 2015, to actress Lilian Esoro which produced a daughter called Zaneta. Their marriage did not last long enough as it hit the rocks in less than a year.